Listen and Talk With Your Children

Perhaps the most critical child sexual prevention strategy for parents is good communication with your children. This is not only challenging to every parent but also can be very difficult.
* Talk to your child every day and take time to really listen and observe. Learn as many details as you can about your child's activities and feelings. Encourage him or her to share concerns and problems with you. Let them know that you are there for them.
* Explain that his or her body belongs only to them alone and that he or she has the right to say NO to anyone who might try to touch them.
* Tell your child that some adults may try to hurt children and make them do things the child doesn't feel comfortable doing. Often these grownups call what they're doing a secret between themselves and the child. Let them know it’s OK to tell you. You are there for them.
* Explain that some adults may even threaten children by saying that their parents may be hurt or killed or that they may get taken away from their parents if the child ever shares the secret with anyone. Emphasize that an adult who does something like this is doing something that is WRONG.
* Tell your child that adults whom they know, trust and love or someone who might be in a position of authority (like a babysitter, an uncle, an older sibling, a teacher or even a policeman) might try to do something like this.
Try not to scare your children -- Emphasize that the vast majority of grownups never do this and that most adults are deeply concerned about protecting children from harm.

Although the vast majority of this nation's preschools and child care centers are perfectly safe places, recent reports of child sexual abuse in these settings are a source of great concern to parents.
* Check to make sure that the program is reputable. State or local licensing agencies, child care information and referral services, and other child care community agencies may be helpful sources of information. Find out whether there have been any past complaints.
* Find out as much as you can about the teachers and caregivers. Talk with other parents who have used the program.
* Learn about the school or center's hiring policies and practices. Ask how the organization recruits and selects staff. Find out whether they examine references, background checks, and previous employment history before hiring decisions are made.
* Make sure you are informed about every planned outing. Never give the organization blanket permission to take your child off the premises.
* Ask whether and how parents are involved during the day. Learn whether the center welcomes and supports participation. Be sensitive to the attitude and degree of openness about parental participation.
* Ensure that you have the right to drop in and visit the program at any time.
* Prohibit in writing the release of your child to anyone without your explicit authorization. Make sure that the program knows who will pick up your child on any given day.

If You Think That Your Child Has Been Abused

* Believe the Child. Children rarely lie about sexual abuse
* Commend the child for telling you about the experience.
* Convey your support for the child. A child's greatest fear is that he or she is at fault and responsible for the sexual abuse that happened to them. Alleviating this self-blame is of paramount importance.
* Temper your own reaction, recognizing that your perspective and acceptance are critical signals to the child. Your greatest challenge may be to not convey your own horror about the about the abuse.
* Do not go to the school or program to talk about your concern. Instead, report the suspected molestation to a social services agency or the police.
* Find a specialized agency that evaluates sexual abuse victims--a hospital or a child welfare agency or a community mental health therapy group. Keep asking until you find a group or an individual with appropriate expertise.
* Search for a physician with the experience and training to detect and recognize sexual abuse when you seek a special medical examination for your child. Community sexual abuse treatment programs, children’s' hospital and medical societies may be sources for referrals.
* Talk with other parents to ascertain whether there are unusual behaviors or physical symptoms in their children.
* Remember that taking action is critical because if nothing is done, other children will continue to be at risk. Child sexual abuse is a community interest and concern.
* Make sure that your child knows that if someone does something confusing to them, like touching or taking a naked picture of them or giving them gifts, that you want to be told about it. Reassure the child and explain that he or she will not be blamed for what ever an adult does to or with the child.

Children who May be too frightened to talk about sexual molestation may exhibit a variety of physical and behavioral signals. Any or several of these signs may be significant. Parents should assume responsibility for noticing such symptoms including:
* Extreme changes in behavior such as loss of appetite.
* Recurrent nightmares or disturbed sleep patterns and fear of the dark.
* Regression to more infantile behavior such as bed-wetting, thumb sucking, or excessive crying.
* Torn or stained underclothing.
* Vaginal infections or venereal disease.
* Vaginal or rectal bleeding, pain, itching, swollen genitals, and vaginal discharge.
* Unusual interest in or knowledge of sexual matters, expressing affection in ways inappropriate for a child of that age.
* Fear of a person or an intense dislike at being left somewhere or with someone.
* Other behavioral signals such as aggressive or disruptive behavior, withdrawal, running away or delinquent behavior, failing in school.
* If you notice any of these behaviors seek help for your child immediately.


Finally, do not blame yourself. Sexual abuse is a fact in our society. Many individuals who molest children find work through employment and community activities which give them access to children. The vast majority of abuse occurs in situations, where the child knows, and trusts the adult. Do your homework well, but remember a community and national consciousness is needed before we can stamp out sexual molestation in our society.
Don't Keep Silent about Sexual Abuse of any Kind.
Let your community know this will not be tolerated.

Over three million children (3.3 million) in the US, between the ages of 2 and 17 are at risk of exposure to domestic violence each year. When children witness their mothers being abused by a male partner (father, stepfather, boyfriend), they are affected in many ways. According to one study, 43% suffer panic attack and anxiety, 60 % act out with siblings, 53% act out with parents, and 48% suffer with depression. These children also experience poor health, low self-esteem, sleeping difficulties, feelings of helplessness, feeling worthless. (The picture below highlights the negative impact that domestic violence has upon children.)


Abuse is a complex problem to which we have responded with "cuts and bruises" strategies that have led us in circles.  Abuse is a two-victim circumstance.  There is the real victim who has been molested physically and emotionally and there is the rationalizing perpetrator who believes that he or she was so powerless that abuse was his or her only recourse.  We know this is not true, but it is a common theme in abuse cases.

Neglect
Neglect is when a parent/caregiver does not provide for the basic emotional and physical needs of the child on an ongoing basis.

Examples of how a child may be neglected is by not receiving the following:
-food
-clothing
-housing
-supervision
-safe surroundings
-personal health care
-medical and emotional care
-education

Children who are neglected physically and emotionally may not develop normally. Some children may suffer permanent damage.

Physical Abuse
Physical abuse includes anything a parent/caregiver does that results in physical harm to a child. Physical abuse may happen if a child is punished harshly, even though sometimes the parent or caregiver might not even mean to hurt the child.

Examples of physical abuse include:
-bruises
-marks in the shape of objects or hand-prints
-shaking
-burns
-human bite marks
-fractures of the skull, arms, legs and ribs
-female genital mutilation

Physical abuse may result in a minor injury (such as a bruise) to a more serious injury which could cause lasting damage or death (for example from shaking a child).

Sexual Abuse
Sexual abuse occurs when a person uses power over a child, and involves the child in any sexual act. This abuser is more powerful because of age, intelligence, physical strength, and control over the child. The offender gets the child to participate by using threats, bribes, lying and taking advantage of the child's trust.

Examples are
-fondling (touching the child in a sexual way)
-getting the child to touch the adult inappropriately
-oral sex
-inserting fingers, penis, or objects in the vagina or anus
-exposing oneself
-Violations of bodily privacy – Forcing a child to undress, spying on a child in the bathroom or bedroom.
-Performing sexual acts in front of a child
-telling "dirty" stories
-allowing a child to watch pornography
-Sexual exploitation through child prostitution or child pornography.
-Sodomy

Most sexual offenders are people the children know.

The U.S. Advisory Board on Child Abuse suggests that domestic violence may be the single major precursor to child abuse and neglect fatalities in this country.

• Studies suggest that between 3.3 and 10 million children are exposed to domestic violence annually.

• In a national survey of more than 6,000 American families, 50 percent of the men who frequently assaulted their wives also frequently abused their children.

• One study of 2,245 children and teenagers found that recent exposure to violence in the home was a significant factor in predicting a child’s violent behavior.

• Children who are exposed to domestic violence are more likely to exhibit behavioral and physical health problems including depression, anxiety, and violence towards peers. They are also more likely to attempt suicide, abuse drugs and alcohol, run away from home, engage in teenage prostitution, and commit sexual assault crimes.

• A recent study of low-income pre-school children in Michigan found that nearly half (46.7 percent) of the children in the study had been exposed to at least one incident of mild or severe violence in the family. Children who had been exposed to violence suffered symptoms of post-traumatic stress disorder, such as bed-wetting or nightmares, and were at greater risk than their peers of having allergies, asthma, gastrointestinal problems, headaches and flu.

Children with a history of molestation are 10 times more likely to attempt suicide. 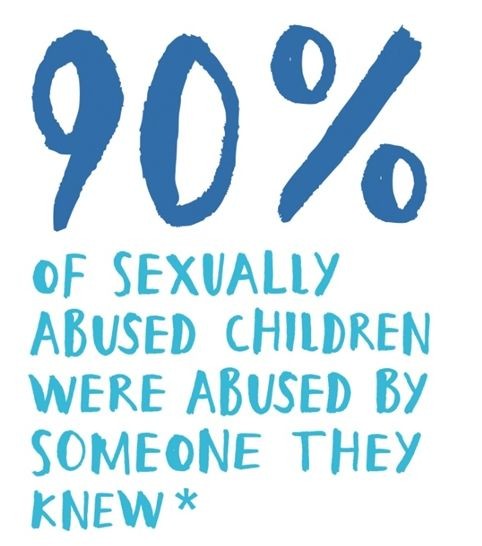 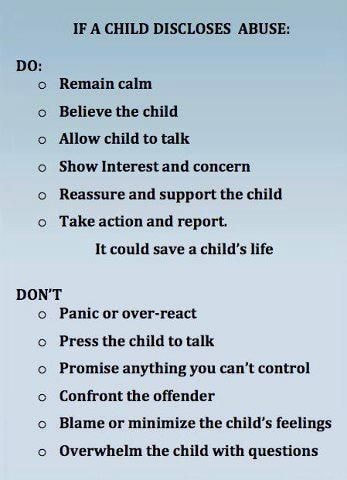